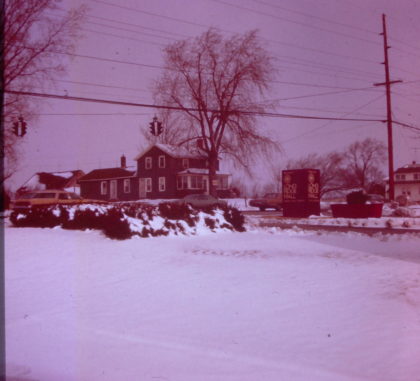 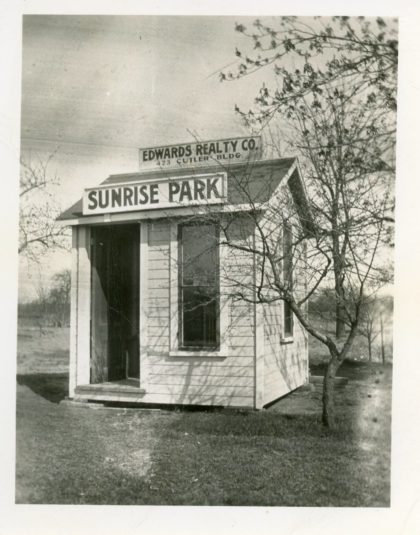 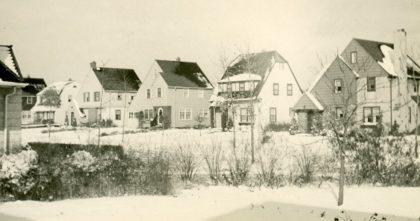 Hammond Street in Koda Vista Neighborhood
Looking north at Hammond Street in the Koda Vista neighborhood in 1933. Located off Ridge Road, Koda Vista was developed in response to housing shortages after World War I. The Kodak Employee Realty Corporation was formed to provide houses for the growing Kodak workforce in the 1920's. The construction of the houses occurred primarily between 1920-1940, but additional housing construction on a smaller scale continued through 1952. There are about 240 residential houses in the neighborhood. 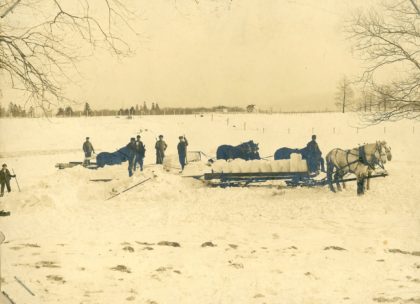 Harvesting Ice on the Yates Farm
A crew cutting and harvesting ice on an artificial lake on Yates Farm, 1905-1910. Arthur Yates owned the farm from 1902-1914. Prior to mechanical refrigeration, ice harvesting was a profitable industry and the principle method of preserving food. 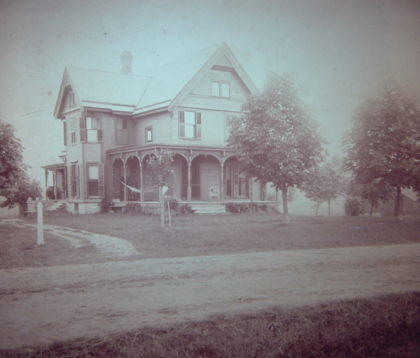 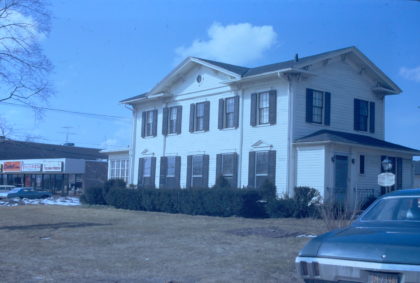 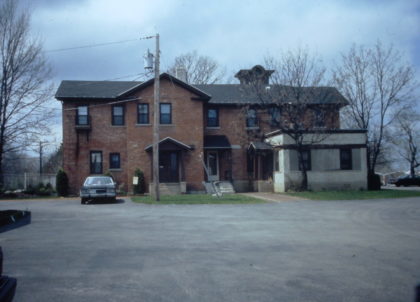 The Todd – Casey – Craig House Ridge Road
The Todd - Casey - Craig house located at 3349 Ridge Road West, 1980. The house was built in 1852. Additions were added in the 1960's. The structure is listed in the "101 Historical Sites Survey" conducted in the 1990's. It is an old farmhouse that belonged to the prominent Todd, Casey or Craig families at various times. David Todd was the original proprietor and an early settler in Greece; arriving with his family as a child in 1826. James D. Casey owned the house in the early 1900's. By 1924, it was owned by William H. Craig. 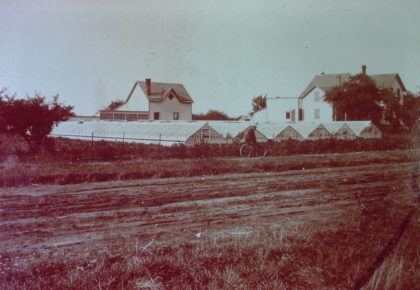 Keene’s Greenhouses on Ridge Road
Keene's Greenhouses was a nineteen acre farm located just east of Eddy Road (now Mt. Read Blvd). Keene's was one of many farms that operated along Ridge Road until the late 1930's, when agriculture gave way to industry and a rapidly increasing population in Greece. 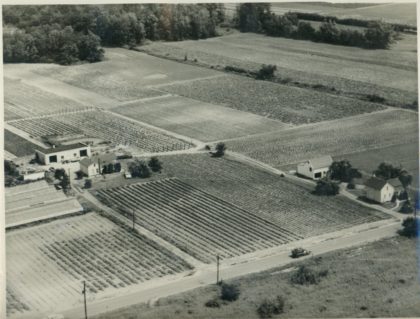 Aerial View of 1580 Maiden Lane
An aerial view of a farm located at 1580 Maiden Lane. The road leading to the farm building is now Stoney Path Lane and the road running north along the farm house is Woodstone Lane. 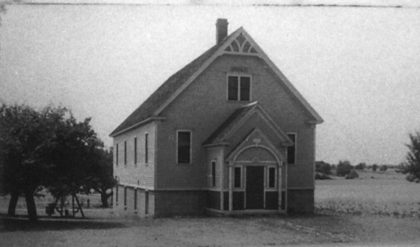 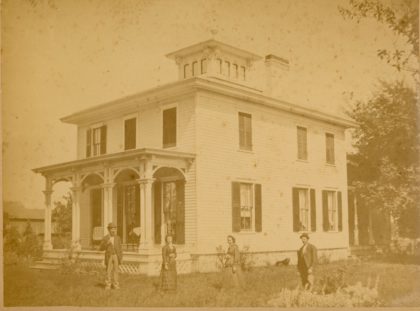 Skyler House at Dewey and Stone Roads
John Skyler (left) and his wife Mariah (to his left) in front of their house, 1880's. 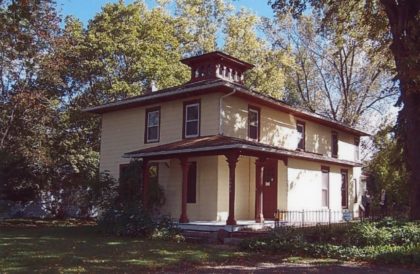 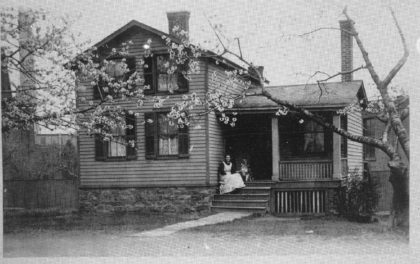 Emrich House on Ridge Road West
The Emrich House located on the northwest corner of Ridge Road and Lake Avenue. Kodak in the background. Date unknown. 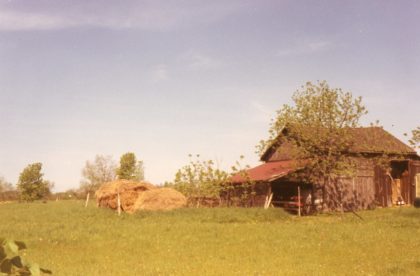