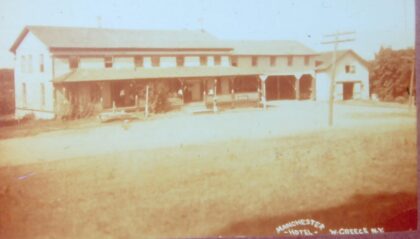 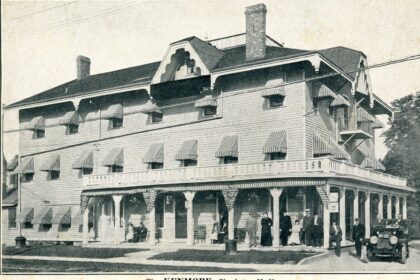 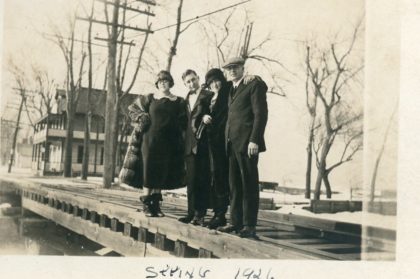 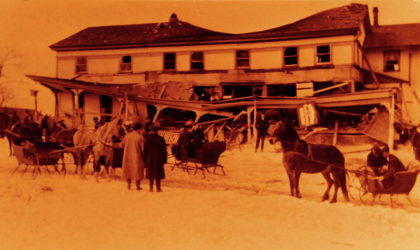 Aftermath of Hotel Manchester Acetylene Gas Explosion
The aftermath of the Manchester Hotel acetylene gas explosion, March 1916. The explosion occurred after the proprietor, Mr. O.M. Winslow, lit a match while inspecting the faulty gas lighting. He suffered the only injury in the disaster; a broken leg. It was located on the northeast corner of Manitou and Ridge Roads. There is a Doan Auto Sales lot on this corner as of the 2010's. After the explosion, the rebuilt hotel was used as rooming house until the mid 20th century. 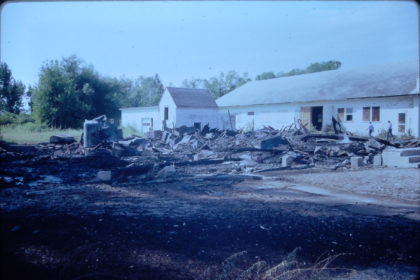 The Elmheart Hotel Following Catastrophic Fire
Remains of the Elmheart Hotel following a catastrophic fire in September 1992. The fire likely started at 1 a.m. and was deemed suspicious by investigators. The hotel originally opened in 1890 and by 1992, had sat vacant for a number of years and developers owed nearly $25,000 in back taxes. 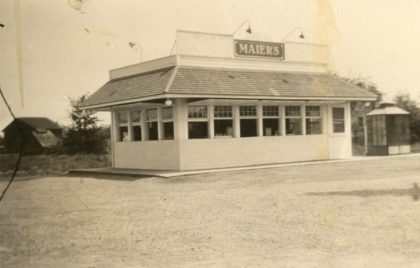 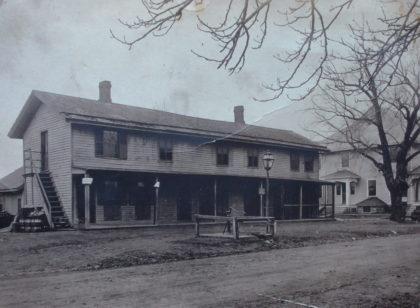 The Larkin’s Hotel at Jenkin’s Corner
The Larkin's Hotel was located at "Jenkin's Corners" in north Greece on Latta Road. It was owned by Joseph Larkin and it was regularly the site of the Greece political caucuses for the Democrat party. It was destroyed by a fire in 1913. The goods removed from the wreckage of the hotel were later stolen from the Dailey Warehouses in Rochester. 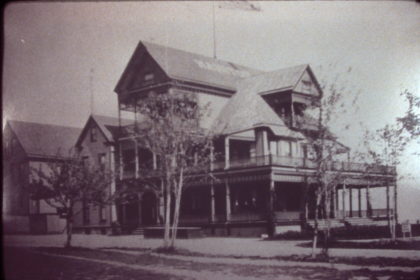 The Manitou Beach Hotel
The Manitou Beach Hotel was one of many resorts along the shore of Lake Ontario. It operated from 1889 until the mid 1950's. It was purchased by the father of the Odenbach brothers for $20,000 and was the site of the annual Pioneer's Picnic, which often attracted as many as 20,000 visitors. 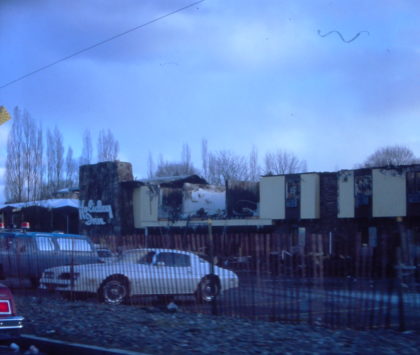 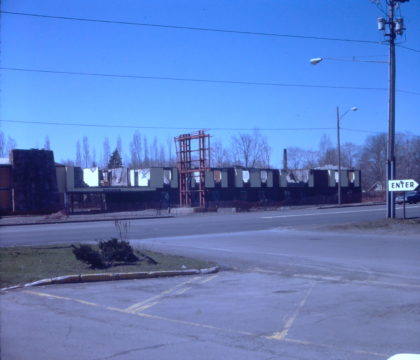 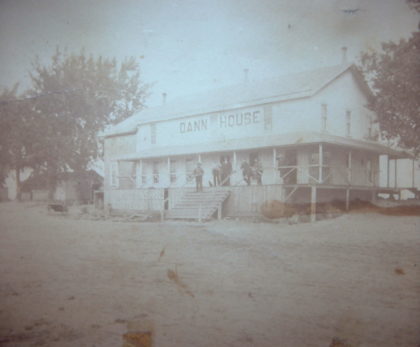 Dann House on Long Pond
Dann House was a summer resort on Long Pond. S.F. Dann was the original proprietor, before it passed on to George Ford in 1878. It was later the site of the Grand View Hotel in the late 1880's. 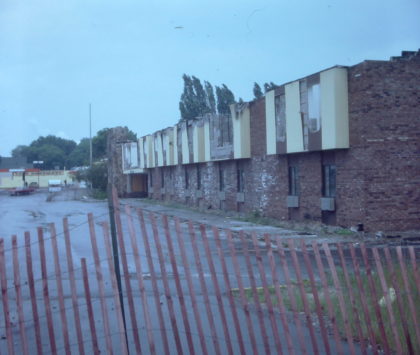 Holiday Inn on Ridge Road West After Arson Fire
The Holiday Inn following catastrophic arson fire. The hotel was located at 1525 West Ridge Road and on 26 November 1978 suffered an arson fire that resulted in 10 deaths. The crime was never solved. 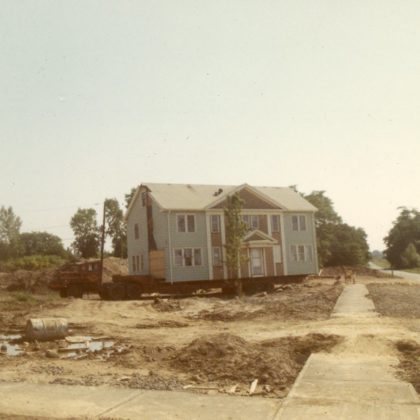 Moving The Maier’s Hotel
Maier's Hotel being moved to another location after being purchased by a builder. Maier's Hotel was located at 4454 Dewey Avenue from 1923-1968. It is pictured here in 1968. It started off as a small waffle and sandwich shop. The structure was moved near the corners of Kirkwood Road and Moxon Drive. 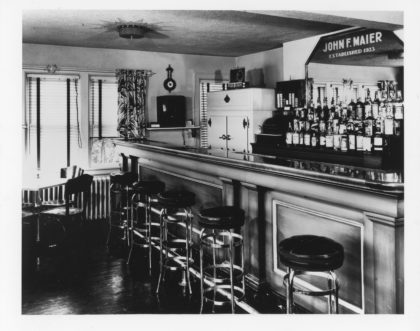 The Maier’s Hotel Bar In the 1920’s
Maier's Hotel was located at 4454 Dewey Avenue from 1923-1968. It is pictured here in the late 1920's. It started off as a small waffle and sandwich shop. The structure was eventually moved to Kirkwood Road and Moxon Drive. 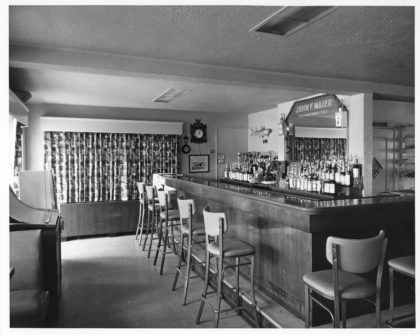 The Maier’s Hotel Bar In the 1960’s
The bar inside the Maier's Hotel. Maier's Hotel was located at 4454 Dewey Avenue from 1923-1968. It is pictured here in the late 1960's. It started off as a small waffle and sandwich shop. The structure was eventually moved to Kirkwood Road and Moxon Drive.
© 2023 Town of Greece. All Rights Reserved.
Website design by Mason Digital