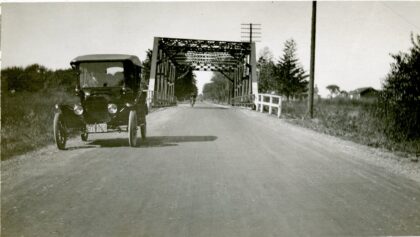 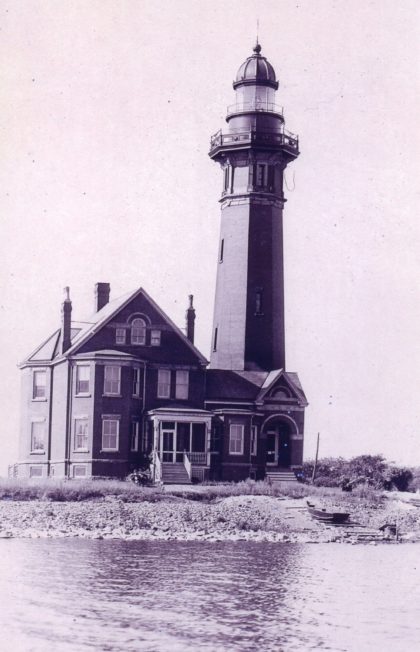 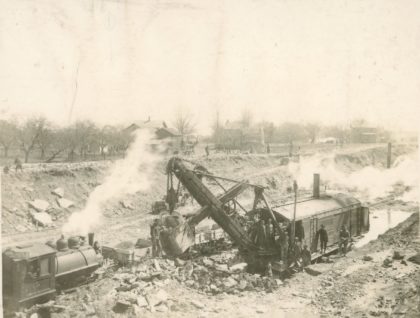 Erie Canal Widening Construction in South Greece
The Erie Canal undergoing widening construction in South Greece in 1909. The Buell and Ellison houses can be seen in the distance. The work was performed by the Empire Engineering Corporation, which was contracted to expand eight miles of the canal that passed through Greece. The steam shovel was the workhouse for this project and was also used in the building of the Panama Canal. 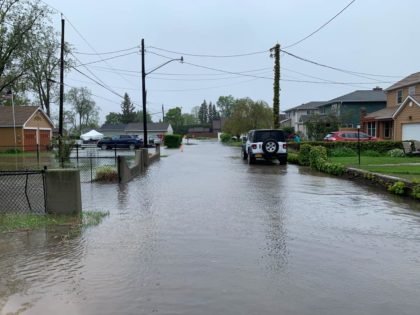 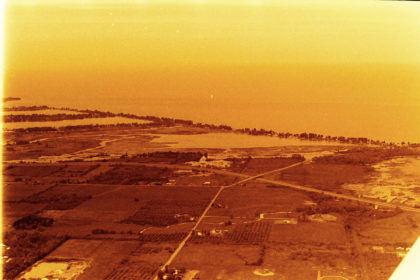 Aerial View of Flynn Road and Long Pond
Aerial view of Long Pond and Lake Ontario, looking north. Flynn Road is at the center and cuts north east across the parkway. 1970's. 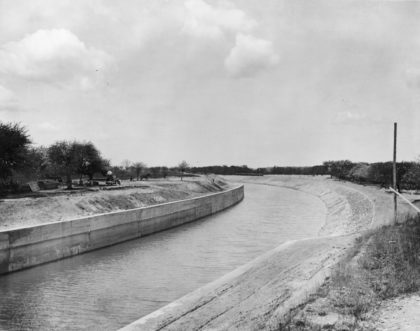 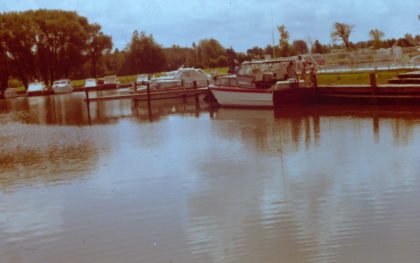 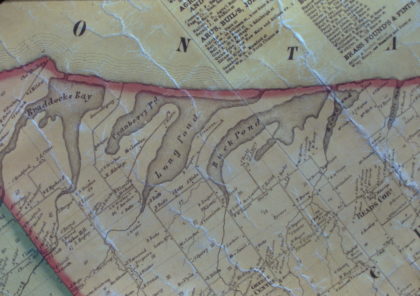 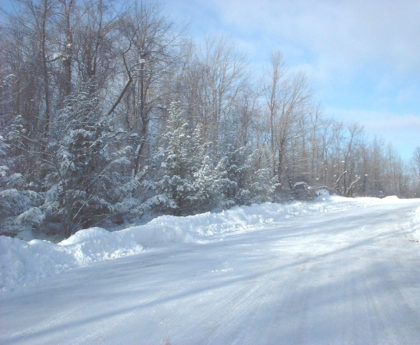 Erie Canal Frozen in Winter
The Erie Canal, frozen in the winter, 2005. During the winter, the canal is drained and locks are lowered to redirect water flow. 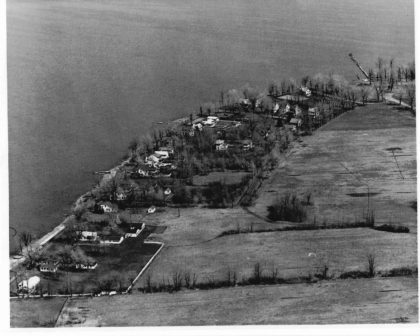 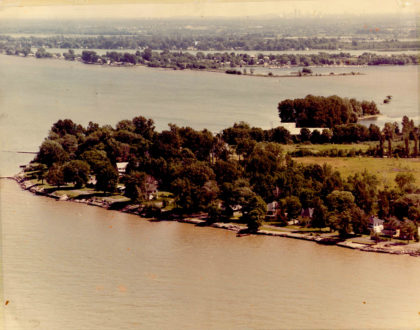 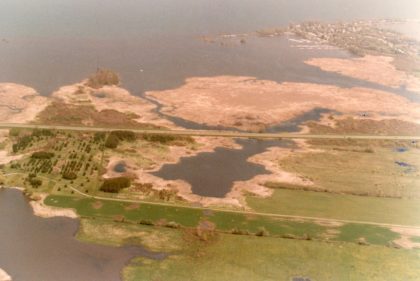 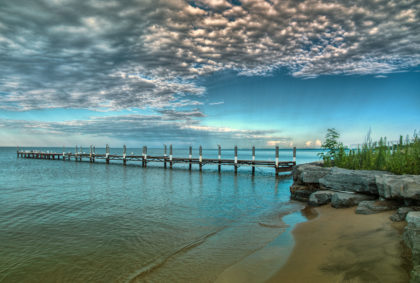 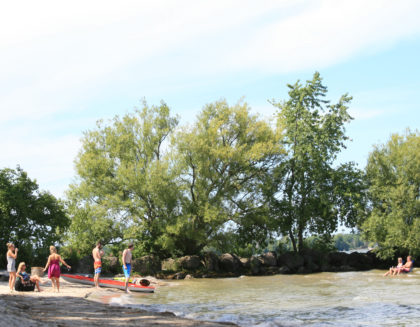