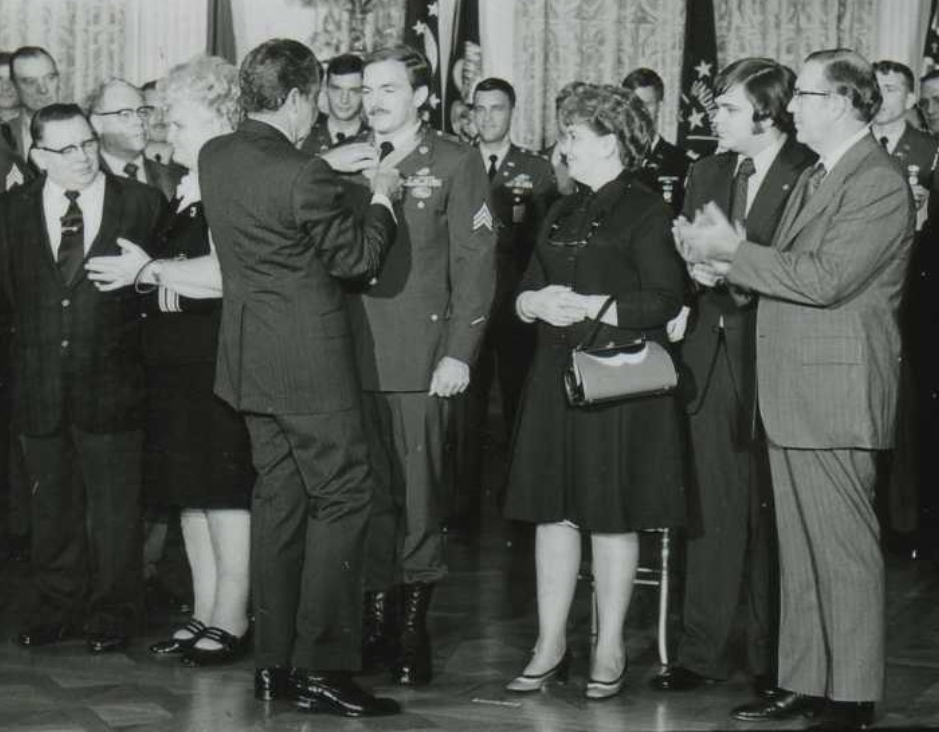 View Full Size View Large View Medium
Image ID:2341
Description:
The Congressional Medal of Honor being awarded to Sgt. Gary B. Beikirch of Greece, New York on 15 October 1973 by President Richard M. Nixon. Sergeant Beikirch was awarded the Medal of Honor for "conspicuous gallantry and intrepidity in action at the risk of his life above and beyond the call of duty" as demonstrated on 01 April 1970. Sgt. Beikirch; Medical Aidman, Detachment B-24, Company B, distinguished himself during the defense of Camp Dak Seang. The allied defenders suffered a number of casualties as a result of an intense, devastating attack launched by the enemy from well-concealed positions surrounding the camp. Sgt. Beikirch, with complete disregard for his personal safety, moved unhesitatingly through the withering enemy fire to his fallen comrades, applied first aid to their wounds and assisted them to the medical-aid station. When informed that a seriously injured American officer was lying in an exposed position, Sgt. Beikirch ran immediately through the hail of fire. Although he was wounded seriously by fragments from an exploding enemy mortar shell, Sgt. Beikirch carried the officer to a medical aid station. Ignoring his own serious injuries, Sgt. Beikirch left the relative safety of the medical bunker to search for and evacuate other men who had been injured. He was again wounded as he dragged a critically injured Vietnamese soldier to the medical bunker while simultaneously applying mouth-to-mouth resuscitation to sustain his life. Sgt. Beikirch again refused treatment and continued his search for other casualties until he collapsed. Only then did he permit himself to be treated. Sgt. Beikirch's complete devotion to the welfare of his comrades, at the risk of his life, are in keeping with the highest traditions of the military service and reflect great credit on him, his unit, and the U.S. Army."
Location:Washington, DC
Date:April 1, 1970
Source:Richard Nixon Presidential Library - Quoted text from Congressional Medal of Honor citation
Categories: People
Views:451 Views
Date Added:September 20, 2021
Full Image: 939 x 732px
Large Image: 939 x 732px
Medium Image: 420 x 327px
Share this image: 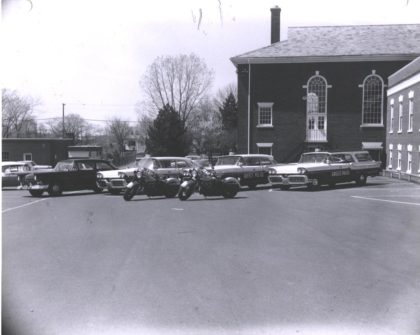